The well-known adaptation of the Disney film, Beauty and The Beast starring Emma Watson is due to premiere in the UK on March 17th 2017. Taking inspiration from the upcoming launch of the film (which in case you are not familiar with the storyline is about the journey of Belle, a beautiful, bright and independent young woman taken prisoner by a beast in his castle), we’ve decided to put together a list of life-saving personalised gifts that she actually needs, in case she finds herself in a sticky situation.

An engraved compact mirror. It is not very likely that she will need to re-apply her lipstick correctly if she is in a life-threatening situation, right and who needs a compact mirror these days, when you’ve got a mobile phone with a selfie function I hear you ask? Well… apart from the most logical reason that her phone battery and her power bank are dead, she will need a compact mirror if she gets stranded on a lifeboat in the middle of the sea. The inspiration from this life-saving gift idea came from the film, Against The Sun, with another Harry Potter cast member, Tom Felton. It’s about a WWII pilot, bombardier and radioman who find themselves adrift on a lifeboat with no food or water after being forced to abandon their plane during a scouting mission. These three men are stranded on a boat for 34 days and whilst there is little chance of them being saved, there is hope when an aircraft flies over them. Unfortunately, in the film, they don’t have an engraved compact mirror with a reflective surface to try and attract the attention of the flying passers-by. If they had had a mirror, there would have been the much higher likelihood of having been saved much earlier… 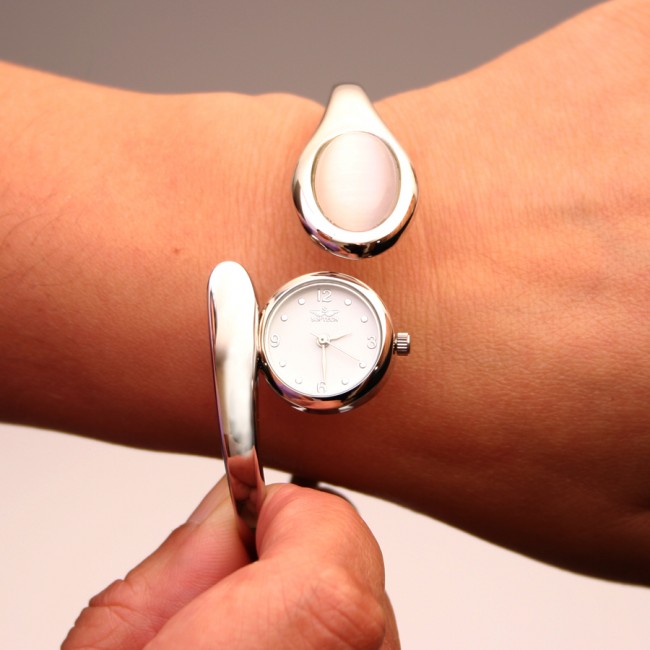 Whilst looking at the time in Beauty and the Beast isn’t going to help Belle get out of the castle that the beast has trapped her in, an engraved watch would have been helpful to her, particularly if there was an engraved message on it. Every time she looked at it, she would be able to remember the gift given to her by someone dear to her, which would have helped to give her plenty of hope to escape her prison.

Whilst the ideas in this piece are a little bit tongue in cheek, engraved gifts can certainly play a pretty big part when it comes to giving personalised gifts that she actually needs and they really could be ‘life-saving’. Especially in certain tricky situations. Granted, she may not get stuck on a lifeboat in the middle of the Pacific Ocean any time soon but an engraved compact mirror would also be useful if she was in the mountains or found herself stranded in other places too and since the gift doesn’t take up that much room, it’s definitely one to consider. Similarly, having a personalised gift, in the form of a personalised watch, for example may also be a great idea to remind her of you and give her some hope.

Do you have any other ideas of engraved gifts or personalised gifts that she might need to get out of a sticky situation? If you do, let us know by getting in touch through socials, or send us an email!